COVID-19 Update: From 3 December 2021 we will be operating with restrictions under the Covid Protection Framework (Traffic Light system), in order to provide a safe environment for our patients and staff. You can read more here. We thank all our patients and staff for your care and cooperation.

At Auckland Radiology we operate as a tightly knit team. Most of the senior radiologists have been with the group for more than 10 years. We pride ourselves on the depth of experience and talent we can offer across the radiology fields. This is, of course, no accident. The Auckland Radiology Group has a policy of recruitment which actively seeks out those we consider to be the best people in their chosen area of expertise. 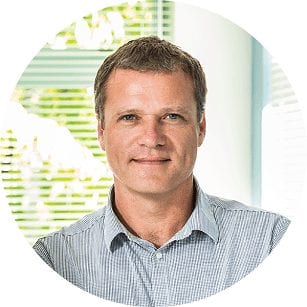 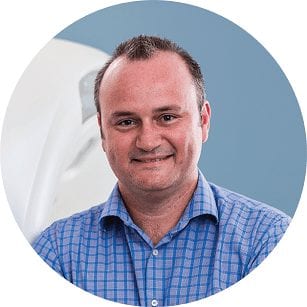 Robert has been with Auckland Radiology Group since 1996, is a University of Otago (1972) graduate, working as a general radiologist, with subspecialty interests in women’s imaging. He has consultant experience at Auckland City Hospital working at National Women’s Hospital after returning from post-graduate experience in Australia in 1989. He was awarded life membership of the Royal Australasian College of Radiology (RANZCR) in recognition of contributions to obstetric imaging. He holds technical advisory roles with the MOH Screening Unit and IANZ (International Accreditation New Zealand).

Richard is currently chairman of the Auckland Regional Radiology Information Systems group and is on the governance committee of Breast Screen Waitemata Northland. He has a special interest in musculoskeletal imaging, being part of the MSK imaging team at Auckland Radiology Group and a member of the Rugby World Cup 2011 Medical Imaging Team. His furthered interest includes breast imaging; setting up the original multidisciplinary breast clinic at North Shore Hospital, on the project team for Breast Screen Waitemata Northland and a screen reader since its inception in 2006 and establishing breast MRI services at North Shore Hospital; and body imaging. He is involved in medical student and registrar teaching and has been a consultant Radiologist at North Shore Hospital and Associate at ARG since 1989.

Stephen graduated from medical school from the University of Texas Medical Branch – Galveston in 1997. By 2007, he had completed his radiology residency from the University of Texas, San Antonio Health Science. From Memorial Sloan-Kettering Cancer Centre (New York City) in 2013, he then completed a 1-year Breast and Body Imaging Fellowship. Stephen also served 20-years of active duty service for the US Air Force Medical Corp, and upon retiring in 2017 had completed several assignments, two of which included Chief of Radiology at the Mike O’Callaghan Federal Hospital (2007-2012) and Chief of Breast Imaging at David Grant Medical Centre (2013-2017). Stephen has been an ARG associate since 2019 and has a particular interest in breast imaging and image-guided breast procedures.

Qualifications
RANZCR 2019
Certified by the American Board of Radiologists 2007

Karen graduated from Trinity College Medical School in Dublin, Ireland in 2009. She entered the Irish Radiology training scheme in 2011 at St James’ Hospital, Dublin. This was completed in 2015, having obtained fellowship of both the Irish Faculty of Radiology, Royal College of Surgeons and the Royal College of Radiologists (UK). During this time, Karen undertook additional study and earned a post-graduate diploma in Clinical Education from the National University of Ireland.

Karen moved to Auckland in 2015 to undertake subspecialty training in musculoskeletal imaging at Auckland City Hospital. Upon completion of her fellowship, she was offered a Consultant Radiologist post at the hospital and joined ARG as a Musculoskeletal Radiologist in August 2016.

Karen continues to take an active role in Clinical Education at both the undergraduate and postgraduate levels. She is also involved in research with her Rheumatology colleagues at the University of Auckland and is interested in all forms of MSK intervention.

Dawn is one of our long-standing Radiologists who has been with ARG since 2000. Her current areas of practice are Paediatric Radiology, Obstetric and Gynaecology Ultrasound, and General Radiology.

Dan is FRCR and FRANZCR accredited and has been a consultant diagnostic and interventional radiologist at Middlemore Hospital since 2010. His subspecialty interests include cardiac CT (CTCA) and liver imaging and intervention, establishing the interventional oncology service for liver cancer patients at MMH. He was awarded the EBIR in 2015 and has been a level A CTCA Specialist since 2016. He has published articles in JVIR and CVIR and is a regular reviewer for CVIR.

Local Appointments (past and present)
Middlemore Hospital (2010 to present)

Glen graduated from the University of Otago medical school in 2000 and completed his specialist radiology training in Auckland in 2008. He was the ARG musculoskeletal fellow in 2009 prior to moving to Brisbane and gaining further experience in general radiology, musculoskeletal imaging, MRI and image-guided procedures. In 2018 he returned to ARG as an associate and is also a consultant Radiologist in Middlemore Hospital. Glen has an interest in orthopaedic imaging, rheumatology, and sports medicine as well as image-guided spinal and musculoskeletal procedures and is also currently involved in radiology registrar teaching.

Kirsten graduated MBChB from Otago University Medical School going on to House Surgeon posts in Christchurch Hospital in 1997, then in Auckland in 1998 being accepted into the Radiology Specialist training program. Kirsten completed her Radiology training (RANZCR fellowship) in 2004 and since then has been an Associate at ARG. Her areas of interest are General and Paediatric Radiology.

Local appointments (past and present)
Consultant position at North Shore Hospital from 2004 to current.

Jane is a general radiologist with an interest in abdominal and infertility imaging and mammography. She graduated from the University of Auckland in 1988 with her Bachelor of Medicine and Bachelor of Surgery. She then went on to complete a Joint MR Fellowship at Auckland Hospital/ARG in 2002 and has been an ARG Associate ever since.

David graduated from Auckland University School of Medicine in 1996 and completed his radiology training in Auckland in 2004, finishing with a fellowship in paediatric radiology at Starship Hospital. He has worked as a consultant paediatric and obstetric radiologist at Starship and national Women’s Health since 2005, including time as the clinical director of Women’s Ultrasound. David joined Auckland Radiology Group in 2004.

Areas of radiology expertise include obstetric ultrasound, paediatric neuroimaging, neonatal imaging, abdominal and pelvic ultrasound, and MRI including assessment of paediatric abdominal pain. He is the chair of the Northern Region Obstetric Ultrasound Quality group, was a co-author of the NZ National Maternity Ultrasound Guidelines, and works closely with the Auckland Fetal Medicine Service. He has pioneered fetal MRI in New Zealand, has published in peer-reviewed journals, and contributed to obstetric imaging textbooks. He lectures at Auckland Medical School holds an honorary position at the Liggins institute where he is a co-investigator in work assessing patterns of neonatal brain injury and optimising outcomes. David has been an invited speaker to numerous Australasian conferences.

Dr Simran Singh graduated from the University of Otago Medical School in 2008 and completed his radiology specialty training in Auckland in 2016. He completed a musculoskeletal imaging fellowship at Victoria House Medical Imaging (I-Med Radiology Network) in Melbourne, Australia in 2017. Subsequently he worked as a consultant in Melbourne for four and a half years gaining a broad range of experience and skills in musculoskeletal imaging, general radiology and intervention.

In 2021 Simran returned home to New Zealand and is an associate at ARG and also works as a consultant radiologist at Middlemore hospital. Simran has a special interest in sports imaging and musculoskeletal procedures.

Amy graduated from The University of Auckland Medical School in 2008 going on to complete a PGDip in Paediatrics in 2010. She also completed a Fellowship in Body Oncology Imaging at Memorial Sloan Kettering Cancer Centre in New York in 2017/2018. She arrived at ARG soon after in 2018 where she has been working as an Associate. She also works for the WDHB and is a General Radiologist with special interests in Body Oncology Imaging and Paediatrics, and is involved in the WDHB Colorectal MDM.

Penny has an interest in Obstetrics and Gynaecology as well as general Abdominal Radiology. She has been an Associate at ARG since 2016, as well as from 2003-2005. She is currently appointed at North Shore Hospital as a General Radiologist.

IT’S EASY TO GET IN TOUCH WITH US

For a general enquiry: